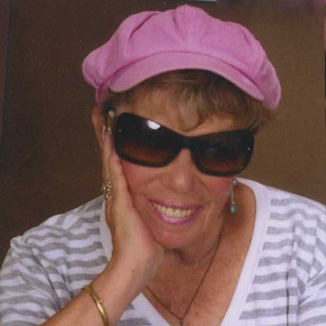 Carol B. Polis is the first female professional boxing judge in the world! She was appointed by the then governor of Pennsylvania, Milton Shapp, on February 1st, 1973. Since then, she has gone on to achieve many accomplishments. To date, she has judged title fights throughout the world. She also appeared on the TV show "What's My Line?" and twice on "To Tell The Truth." She even made an appearance in "Rocky V" as one of the Judges. She has finished her book with help from her co-author, Rich Herschlag, titled "The Lady is a Champ." Carol is a cancer survivor, currently lives in a suburb of Philadelphia and is available for paid speaking engagements. 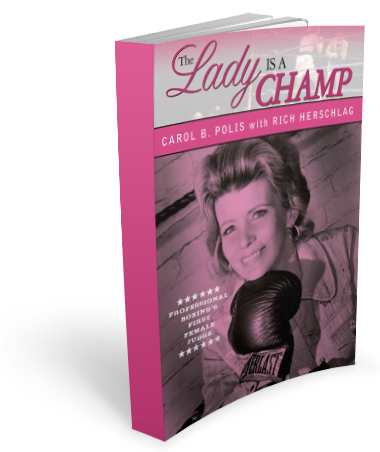 Want to find out more about Carol's life? Grab a copy of her book at Amazon.com! You can get a digital or paperback copy by clicking the button below!

The first woman professional boxing judge in the world, Carol Polis's life is one of personal triumph against long odds. Having officiated 27 title fights plus two high-profile non-title heavyweight fights with Mike Tyson and Larry Holmes, Polis, a single parent and recent cancer survivor, has an amazing, historically significant story to tell. The 1970s were a time of great upheaval for women. There was Roe v. Wade and the Equal Rights Amendment. There were Gloria Steinem, Billie Jean King, Golda Meir, and Carol Polis. In 1971, Carol Polis married a part-time professional boxing referee. Within two years, she went from being a squeamish spectator to a professional boxing judge-the first woman ever to do so. As luck would have it, not only was this period the golden age of women's rights, it was also the golden age of boxing. Carol Polis had a ringside seat for all of it. Sometimes she was the main event. From cutting her teeth on three-round undercard fights at the gritty Blue Horizon in Philadelphia to finding herself at the center of a riot at Madison Square Garden; from being schooled in Joe Frazier's sweat drenched gym on North Broad Street to officiating in a Don King tournament and being investigated by the FBI; from following the careers of local fighters like Boogaloo Watts and Willie "the Worm" Monroe to becoming a personal guest of Muhammad Ali; from speaking at the nearby Rotary Club to appearing as a contestant on What's My Line and To Tell the Truth, five-foot-one, 115-pound Carol Polis, for better or for worse, was treated as an ambassador for all women, a novelty, and even a misfit. Polis was bound by none of these labels. First and foremost, Carol Polis was a mom. When her marriage breaks up in 1977, Polis's life becomes more a matter of survival than knockouts. It is while keeping a roof over her kids' heads and later raising her grandson that Polis earns her heavyweight belt. 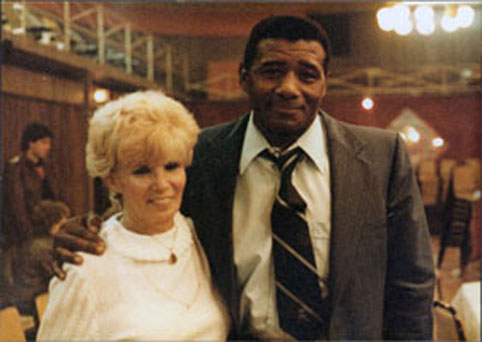 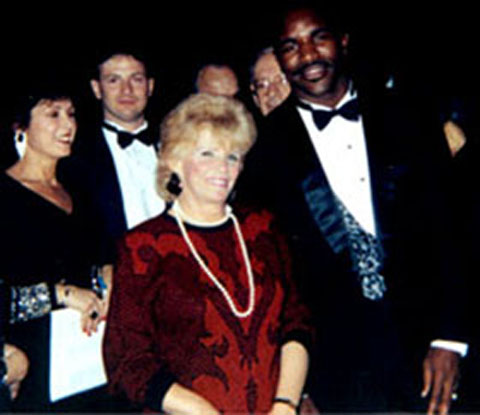 With Courage Anything is Possible

Carol talks about her book 'The Lady is a Champ' 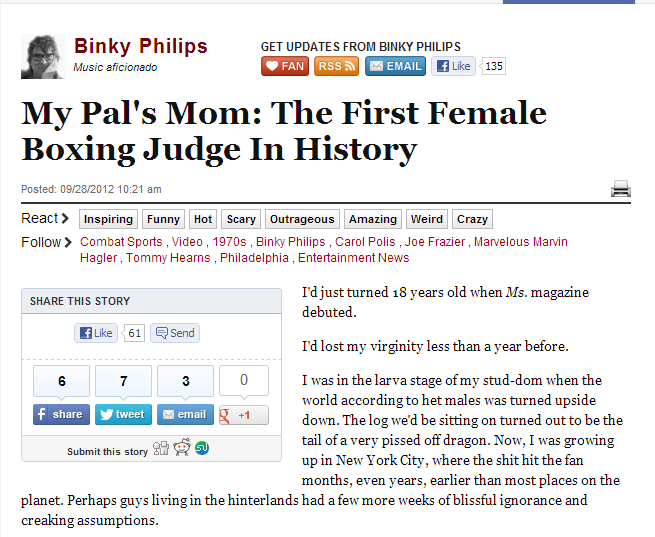 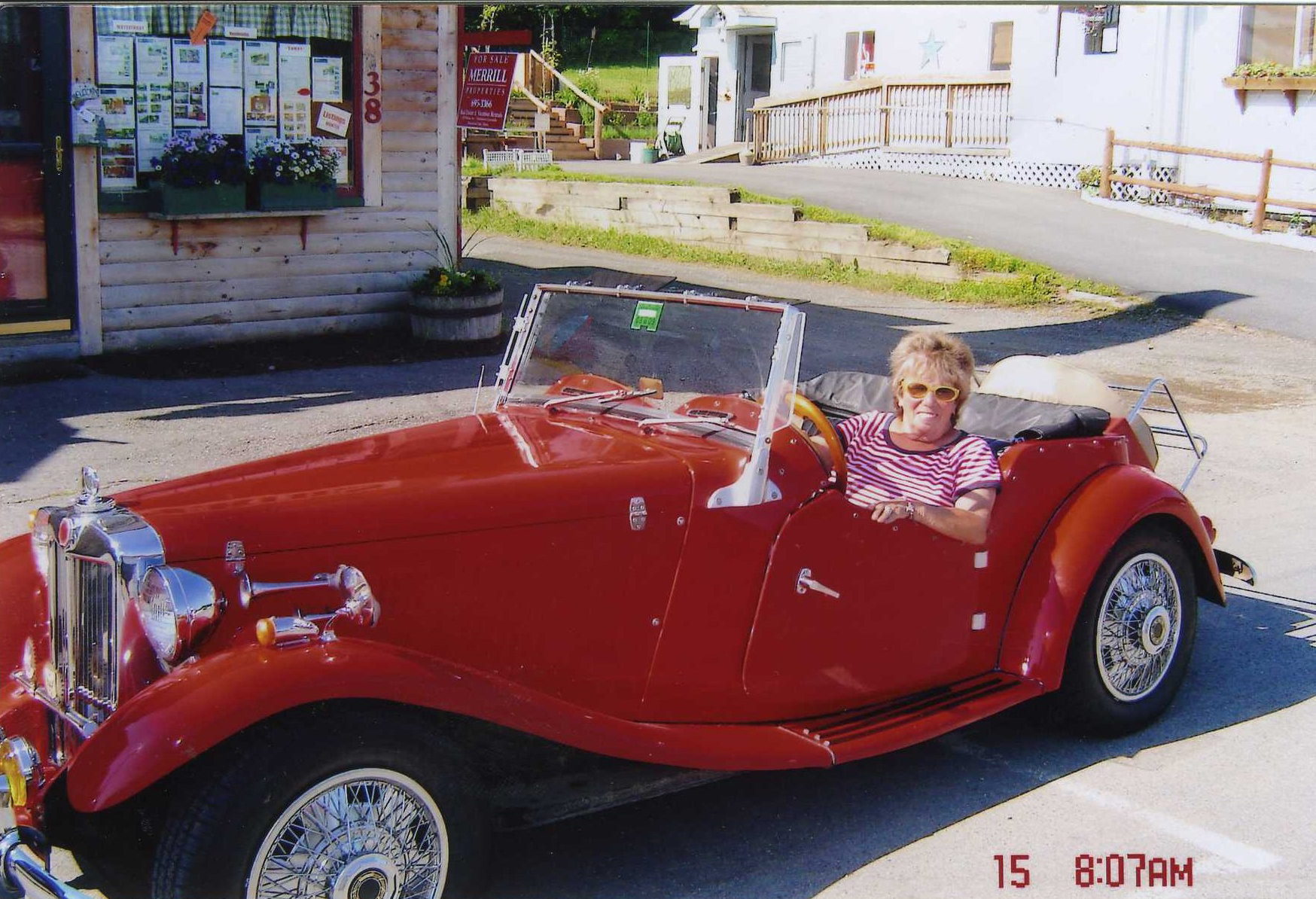